We lean on that statistic over and over again because there is no better indicator of the fight we’re in right now.

Does it tell the whole story, though? No. The military suicide crisis is complex, complicated and often deeply personal.

Military suicide rates are at an all-time high.

By 2030, the total of veteran suicides will be 23x higher than the number of post-9/11 combat deaths.

By 2030, veteran suicide will account for more than $221 billion in public costs. 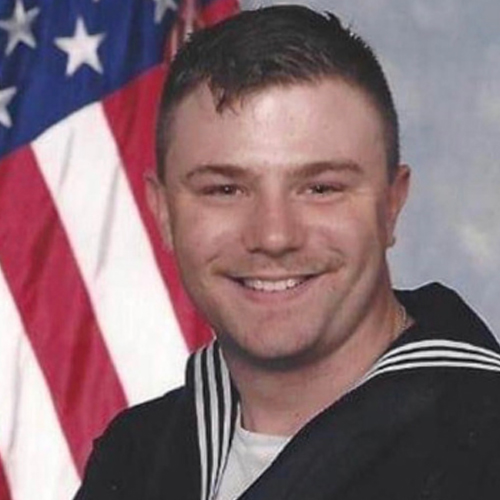 Ozzy tragically died by suicide in 1999. Ashley, who served with Ozzy, has joined forces with Petty’s Garage with the hope that displaying the truck on tour will raise awareness for mental health struggles among active-duty service members and veterans as well as bring healing and closure to the families left behind. 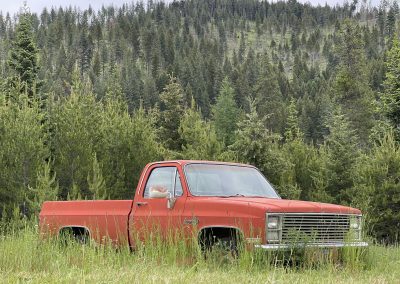 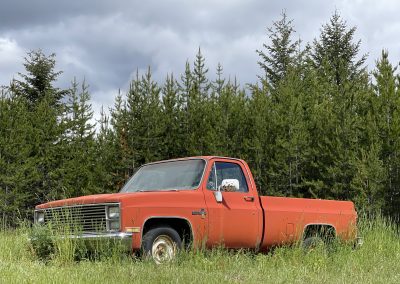 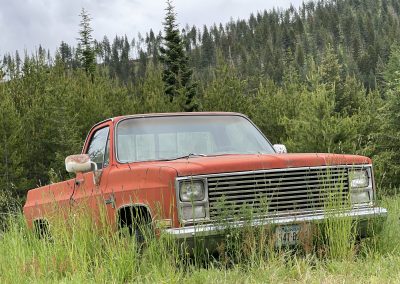 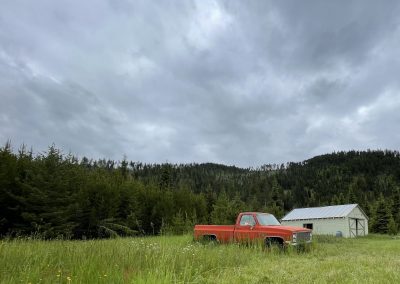 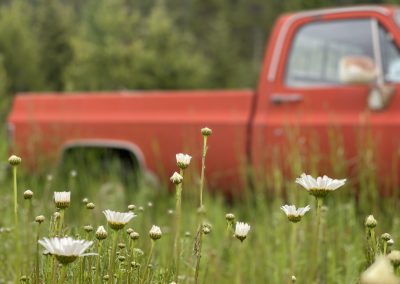 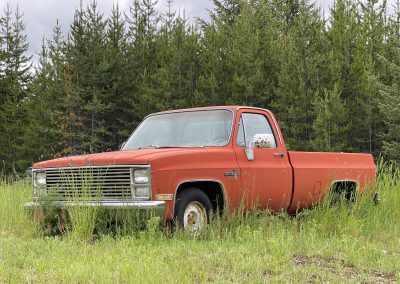 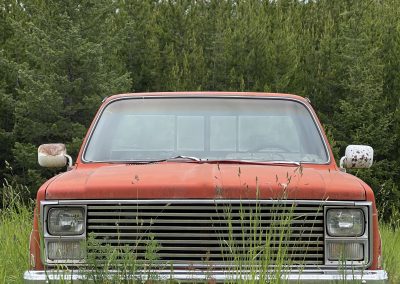 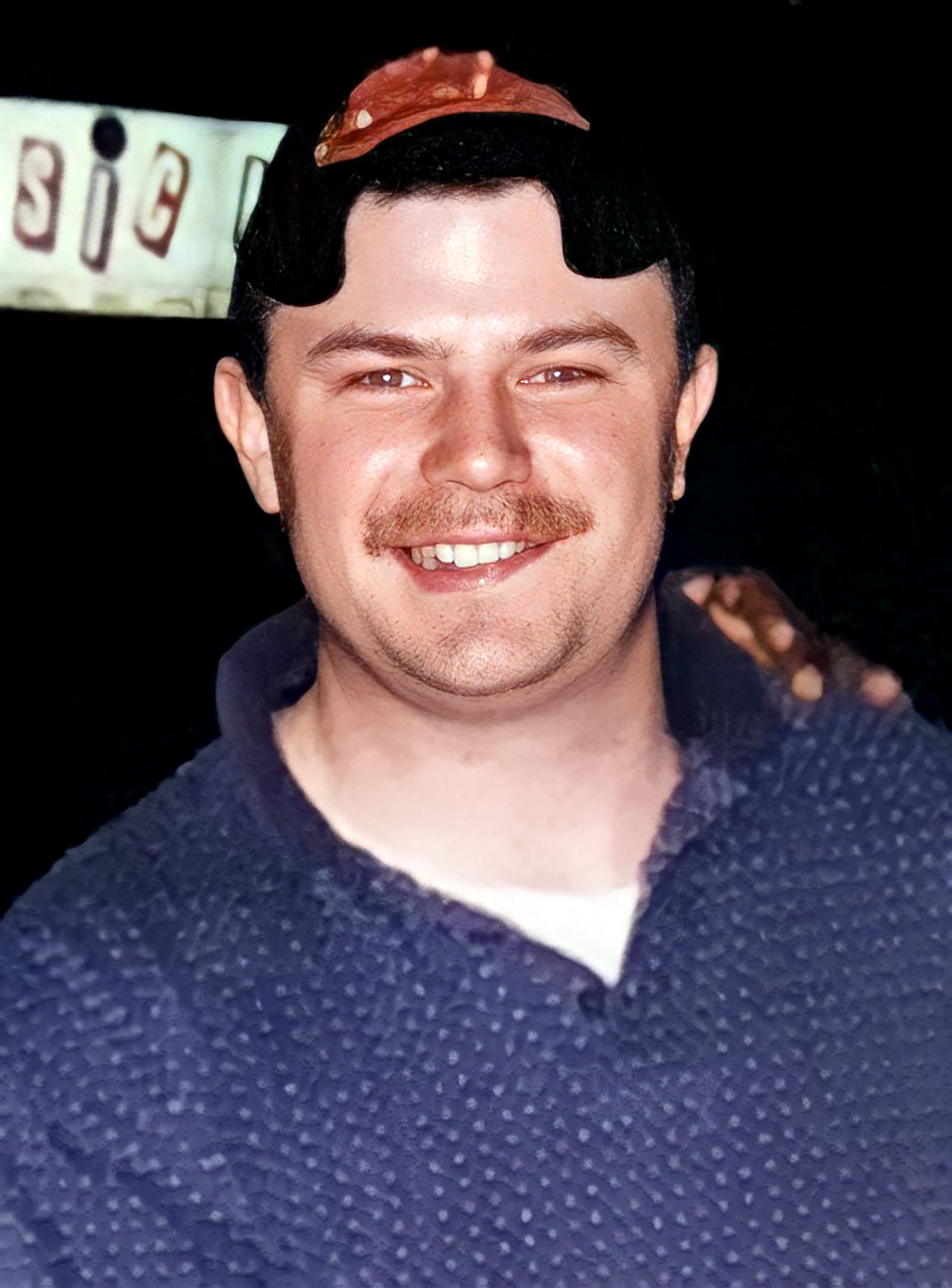 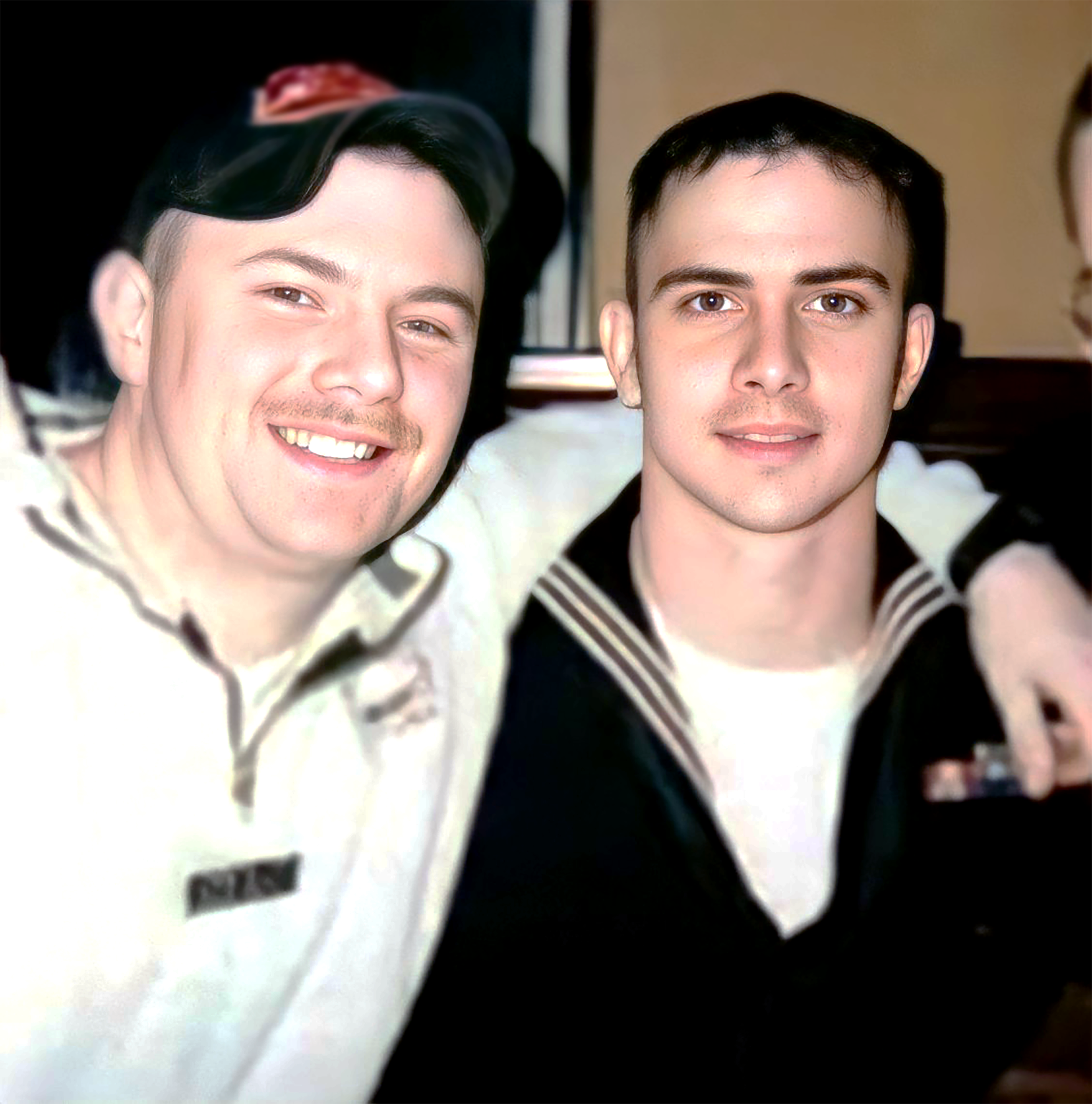 Jeffery “Ozzy” Otzwirk left his hometown of Haugan, Montana in 1996 to serve as a Machinist Mate in the United States Navy. After boot camp, the Navy gave him orders for the oldest aircraft carrier in the fleet, the USS Independence, CV-62, stationed in Yokosuka, Japan. He made fast friends with like-minded sailors that enjoyed country music, bull riding, farming, and cold beer. The Navy decommissioned the Independence in 1998 and cross-decked Ozzy and the rest of the crew to the USS Kitty Hawk, CV-63, the most forward-deployed aircraft carrier in the U.S. fleet.

Jared Ashley knew Ozzy well. They often drank beer and reminisced about home at their favorite spot in the Honch, George’s Country Bar located just off base. On their last night together, they had been celebrating the ship’s return from a second deployment in the Persian Gulf. Ozzy seemed happy and very anxious to see the local Japanese girl to whom he had become engaged before deployment and Ashley planned to fly stateside the next morning for thirty days of leave at home. They slept in separate berthing compartments, so they parted ways in the hangar bay.

“It was twenty-three years ago, but I remember it like it was yesterday,” said Ashley. “He told me he planned to listen to some music and waved goodbye as he walked through a hatch headed to his shop. I of course having an early flight back home went straight to bed.”

The next morning, word spread throughout the ship that a roving watch found him hanging in the back of a stairwell. Ozzy had taken his own life. The excruciating pain Ashley felt that morning remains today. “I still struggle with the why. What signs did I miss? Was I not paying attention? I’ve questioned myself all these years.”

Ozzy’s devastated parents grieving knew no bounds. They had

left his beloved red 1983 Chevrolet Scottsdale pickup parked in the same spot where Ozzy had left it. The truck deteriorated from years of weather, rust, and weeds. His parents simply couldn’t part with the last remnant of their son and sailor, perhaps in hope that he might somehow return and drive it off their land.

Ashley had remained in contact with Ozzy’s parents over the years and asked them if they still had home videos Ozzy had recorded while in the Navy. They sent them to Ashley, and he was amazed to find in the mix film of Ozzy’s high school graduation and funeral which Ashley had missed. The Ozzy he knew lived in those videos. In one of the clips, he noticed that his grandparents had surprised Ozzy with the restoration of that truck and how excited Ozzy had been to receive it. As the video brought some healing to Ashley, he realized what a strong connection his family had to that truck. He texted Ozzy’s brother, Matt, to thank him for the videos and asked him if they still had the truck.

Once Ashley learned that the had truck remained at his parent’s home, his creative juices began to flow. He partnered with NASCAR legend Richard Petty and his high-performance speed shop, Petty’s Garage, to fully restore Ozzy’s truck to its former glory and take it on tour to tell the story of service members and veterans struggling with mental health.

“Although we may never know why Ozzy left us, we can use his story to intervene for the thousands that are currently sharing the struggles he faced,” Ashley said.

Since 9/11, the suicide rate among active-duty military is four times that of those killed in military operations and the numbers continue to climb. In 2022, the USS George Washington, CVN-73, experienced a rash of suicides, including three in one week, which left the Navy and many families puzzled.

How many sailors, soldiers, airman, and Marines have left their vehicles parked in their parent’s driveway never to return over mental health struggles that end in suicide? How many parents have left their child’s room just as their children had left it? Many committing suicides simply want the pain to end but they leave behind family and friends who experience a pain tenfold and that pain endures. Ashley and Petty’s Garage have the simple goal of sharing Ozzy’s story to bring healing and closure to many while hopefully preventing his story from happening to another service member and family.

Suicide rates among active-duty military members are currently at an all-time high since record-keeping began after 9/11 and have been increasing over the past five years at an alarmingly steady pace.

In 2001, research found that 30,177 active-duty personnel and veterans who served in the military after 9/11 have died by suicide-compared to the 7,057 service members killed in combat in those same 20 years. That is, military suicide rates are four times higher than death that occurred during the military operations. For military families and parents, whose active duty loved one already sacrifices so much to protect our freedom, this trend is extremely troubling.

Several causes can lead a person to commit suicide, but for active-duty service members, there’s an additional layer of potential stressors on top of the regular ups-and-downs of life that puts them at risk.

In light of this heartbreaking trend we are restoring Ozzy’s truck in order to use it as a tool to help educate the general public about the trials and tribulations our military service members and veterans suffer from on a daily basis. HELP US END THIS EPIDEMIC. Petty’s Garage is a high performance speed shop founded by Richard Petty in 2008 and still family owned as an expansion of his competitive career and ambition to find ways to continue to win on and off the track. Richard Petty has been building hot rods ever since his childhood bicycle wouldn’t go fast enough. Performance vehicles or stock cars, Richard Petty’s life has been built around producing and driving high quality vehicles. The experts at Petty’s Garage have earned the respect of customers and fans that crowned Petty the “King of NASCAR”. Our crew can help you start a new project or upgrade your current vehicle. 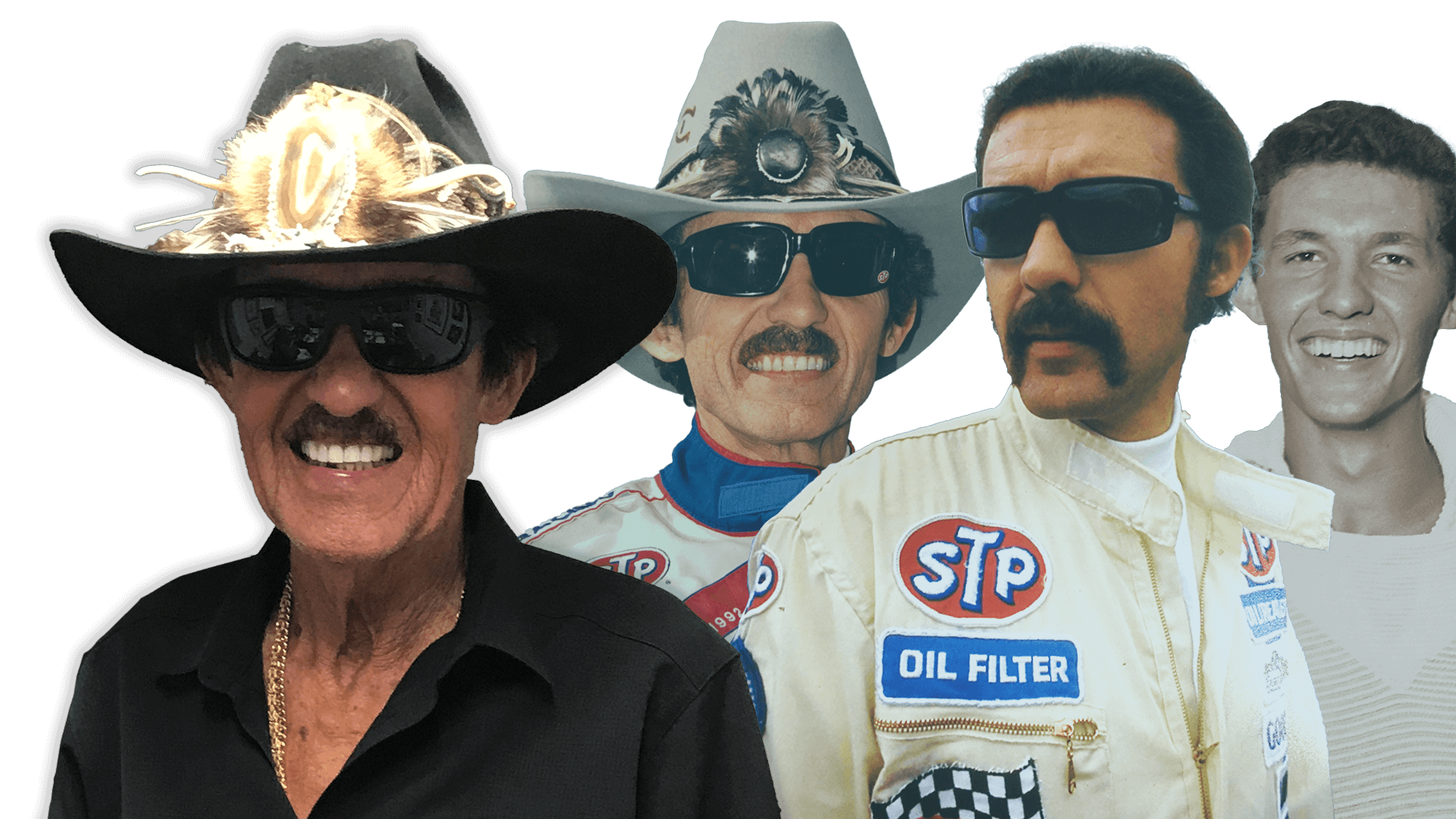 The 2023 Petty’s Garage Mobile Tour will display the truck w/ signage to include logo/branding thanking those who helped support this project and the “story behind the truck” featuring interviews and video at every show.

The video package will honor Ozzy’s legacy and provide a platform to educate others about Mental Health Awareness/PTSD. 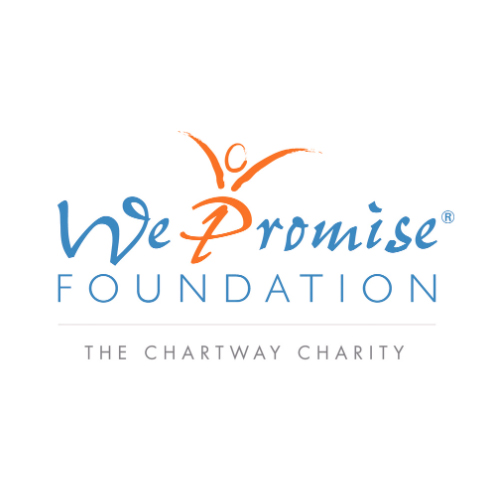 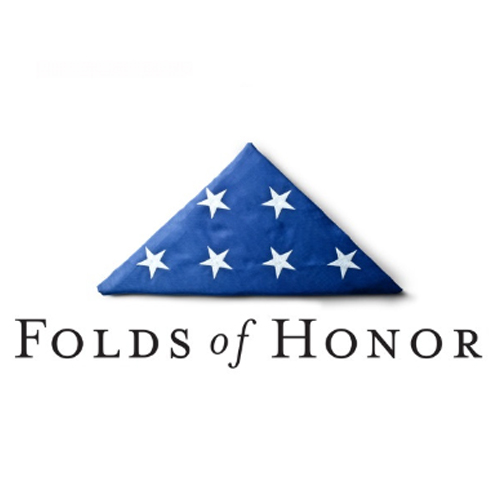 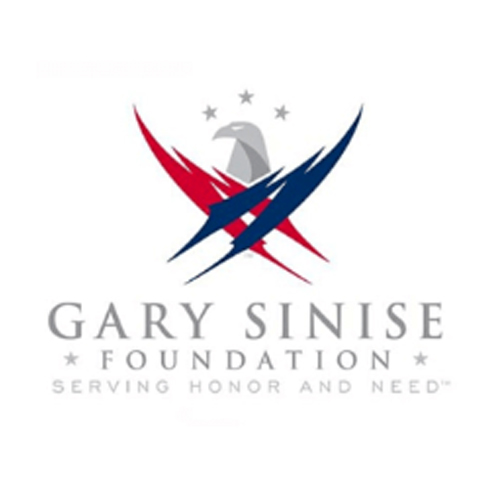 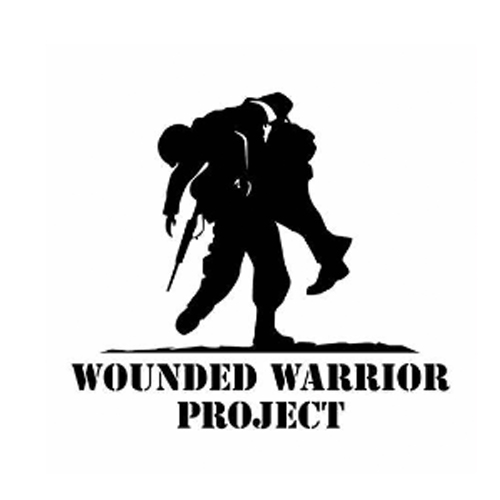 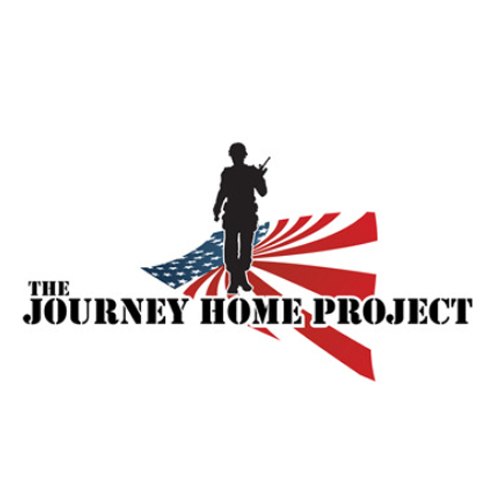 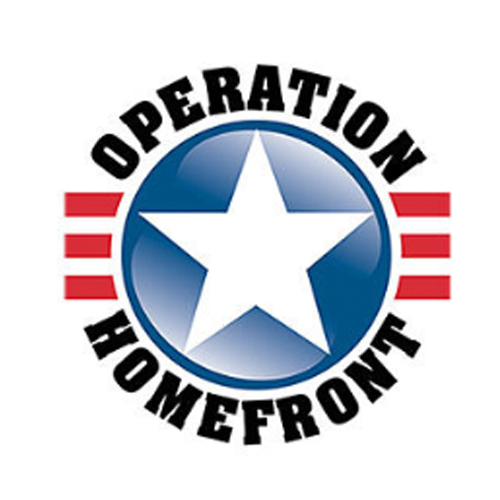 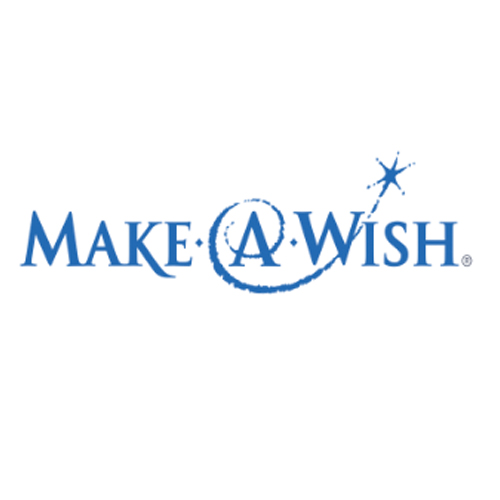 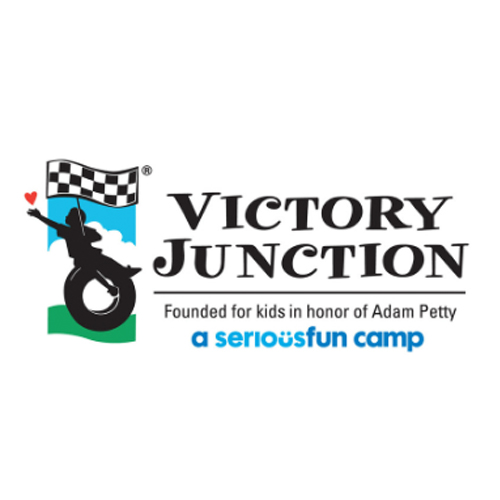 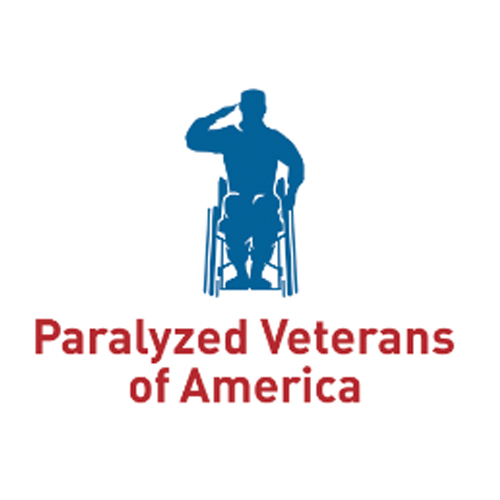 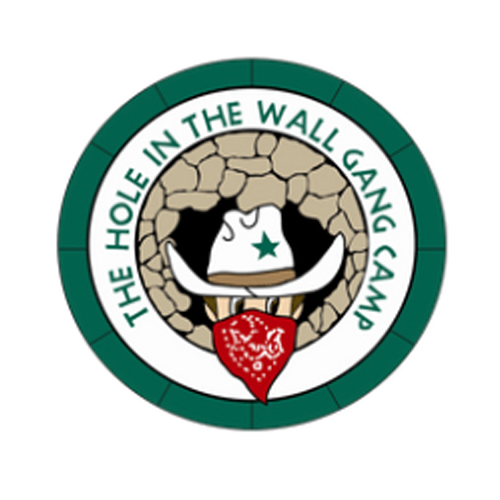 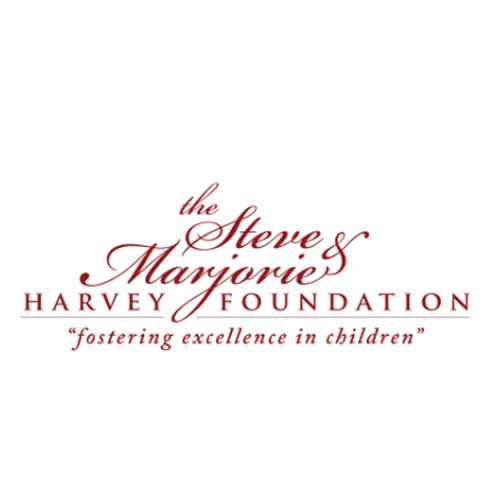 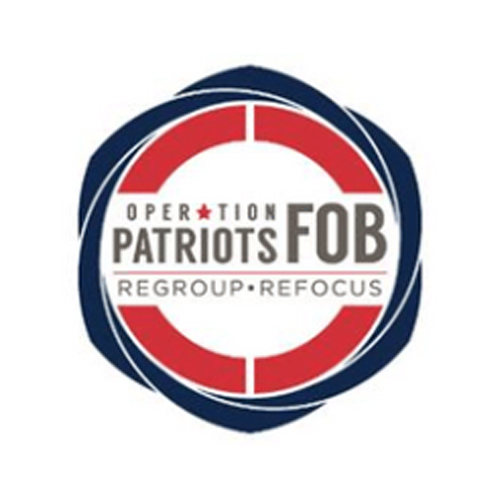 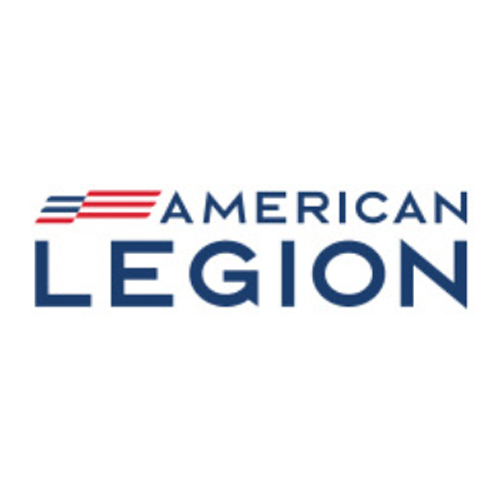 If you’d like to support our efforts you can donate here:
https://paypal.me/ozzystruck